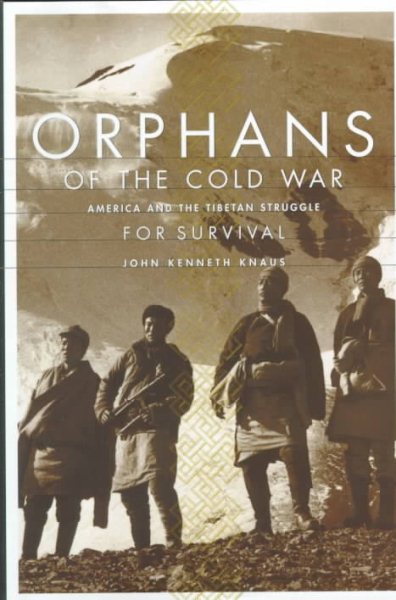 Chronicles the efforts of Tibetan insurgents and CIA operatives in defense of Tibet against Chinese repression Read More
Orphans of The Cold War is the vivid and dramatic account of the secret struggle for Tibet. Drawing on numerous previously classified documents, interviews and his own experience as a CIA operations officer in charge of American covert operations inside Tibet, John Kenneth Knaus offers a sweeping narrative that races from Washington embassies to unmarked planes flying over uncharted territory, from the streets of London and New York to the peaks of the highest mountains in the world. Knaus takes us inside never-before-revealed negotiations and American covert operations against the Chinese. He gives us vivid portraits of the many people who have fought for - and against - Tibetan independence, among them the Dalai Lama, who struggled to reconcile his sympathy for his people's resistance to Chinese occupation of their country with his Buddhist commitment to nonviolence. We also meet Gyalo Thondup, the Dalai Lama's older brother and perhaps Tibet's greatest behind-the-scenes activist; his equally dedicated brother Takster Rimpoche; Gyalo's lifelong friend and the unsung hero of the resistance, Lhamo Tsering; Gompo Tashi, the Khampa trader who unified his sometimes fractious countrymen to present an organized challenge to the Chinese; and the ordinary Tibetans who bravely returned to support their fellow insurgents inside Tibet. Read Less

Goodreads reviews for Orphans Of The Cold War: The United States, China, And The Tragedy Of Modern Tibet