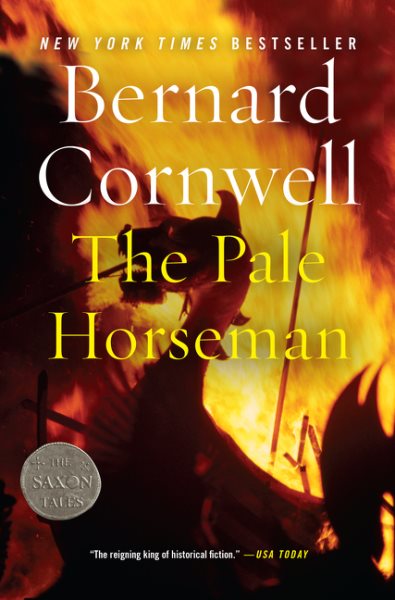 Uhtred, a dispossessed English nobleman, finds his life changed by Iseult, a powerful sorceress, as he rediscovers the deep loyalty he feels for his native country and joins King Alfred to defind themselves against the Vikings. Read More
The second installment of Bernard Cornwell&;s New York Times bestselling series chronicling the epic saga of the making of England, &;like Game of Thrones, but real&; (The Observer, London)&;the basis for The Last Kingdom, the hit television series.As the last unvanquished piece of England, Wessex is eyed hungrily by the fearsome Viking conquerors. Uhtred, a dispossessed young nobleman, is tied to the imperiled land by birth and marriage but was raised by the Danish invaders&;and he questions where his allegiance must lie. But blood is his destiny, and when the overwhelming Viking horde attacks out of a wintry darkness, Uhtred must put aside all hatred and distrust and stand beside his embattled country&;s staunch defender&;the fugitive King Alfred. The Pale Horseman is a gripping, monumental adventure that gives breathtaking life to one of the most important epochs in English history&;yet another masterwork from New York Times bestselling author Bernard Cornwell. Read Less

Goodreads reviews for The Pale Horseman (The Saxon Chronicles Series #2)