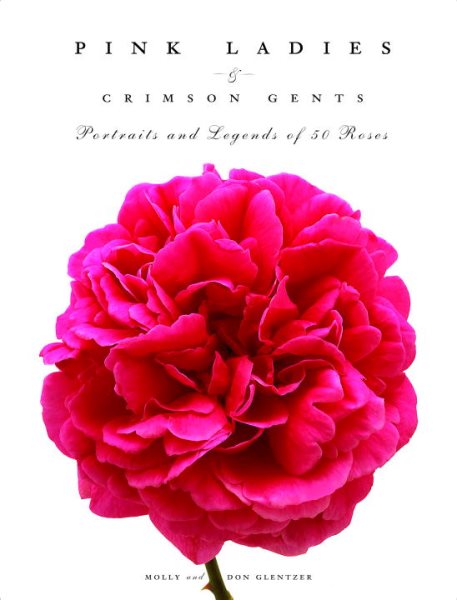 A beautifully photographed celebration of the rose traces the origins and history of fifty exquisite rose varieties and the legends, artists, and other intriguing figures who inspired such names as "Greenmantle," "Mozart," "Belle Isis," "Champneys' Pink Cluster," and others. 25,000 first printing. Read More
Would a rose by any other name smell as sweet? Shaped like a miter’s cap or delicately hued like the pearl-colored petticoats of a duchess, scented like honeyed almonds or nodding heavily in the wind, every old-fashioned rose possesses a unique character. And their names–often drawn from history and mythology–have stories as enchanting and evocative as the flowers themselves. This gorgeously photographed collection of fifty exquisite roses reveals how some of the world’s most storied, beloved plants received their names, and how the names go hand in hand with the flowers’ appearance and fragrance. It’s a voyage of discovery for rose connoisseurs, garden enthusiasts, and anyone else who appreciates delicate blooming beauty.Joining the rose parade are:storied characters such as Greenmantle, the heroine of Sir Walter Scott’s novel Redgauntlet. As attention-getting as the character’s exquisite green silk cape, the rose’s leaves, rather than its blossoms, are the source of its heady fragrance. Artful personalities such as Peter Paul Rubens, the Flemish master whose paintings often featured the luminous skin of voluptuous goddesses. Fittingly, his namesake rose is a heavenly flesh color, tinged with pink.Heroes, heroines, and rascals such as Napoléon. The petals of his eponymous rose become darker and more disheveled as they age, much like the emperor who fell deep into madness after building an empire.Nobles and notables such as King Louis-Philippe. Some liken the rich fragrance of this rose to cherries, although the shape of its buds may be more true to its namesake’s character: The king was often portrayed in caricatures as a pear. Well-bred ladies and gents such as the intrepid British tea thief Robert Fortune. On a secret mission in China, he clipped the rose that became known as ‘Fortune’s Double Yellow’. With vivid accounts of the colorful figures who inspired the names of the roses and with lyrical descriptions of the flowers themselves, Pink Ladies & Crimson Gents is a valentine to the rose, a feast for the eyes, and a delightful gift for any romantic soul. Read Less

I Feel Bad About My Neck: And Other Thoughts on Being a Woma...

Watching Baseball Smarter: A Professional Fan's Guide for Be...