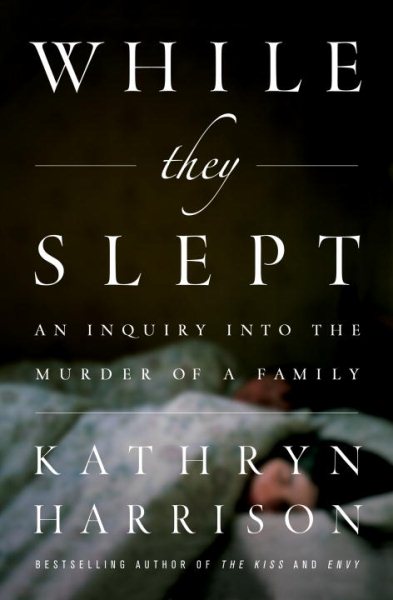 Describes the brutal killings of his parents and younger sister by eighteen-year-old Billy Gilley, Jr., and the aftermath of a crime that shocked a small Midwestern town, in a study that reflects on the deadly effects of abuse and violence within a family. Read More
Early on an April morning, eighteen-year-old Billy Frank Gilley, Jr., killed his sleeping parents. Surprised in the act by his younger sister, Becky, he turned on her as well. Billy then climbed the stairs to the bedroom of his other sister, Jody, and said, “We’re free.”But is one ever free after an unredeemable act of violence? The Gilley family murders ended a lifetime of physical and mental abuse suffered by Billy and Jody at the hands of their parents. And it required each of the two survivors–one a convicted murderer, the other suddenly an orphan–to create a new identity, a new life. In this mesmerizing book, bestselling writer Kathryn Harrison brilliantly uncovers the true story behind a shocking and unforgettable crime as she explores the impact of escalating violence and emotional abuse visited on the children of a deeply troubled family. With an artistry that recalls Truman Capote’s In Cold Blood, Norman Mailer’s The Executioner’s Song, and her own The Kiss, Harrison reveals the antecedents of the murders–of a crime of such violence that it had the power to sever past from present–and the consequences for Billy and for Jody. Weaving in meditations on her own experience of parental abuse, Harrison searches out answers to the question of how survivors of violent trauma shape a future when their lives have been divided into Before and After.Based on interviews with Billy and Jody as well as with friends, police, and social workers involved in the case, While They Slept is Kathryn Harrison’s unflinching inquiry into the dark heart of violence in an American family, and a personal quest to understand how young people go on after tragedy–to examine the extent as well as the limits of psychic resilience. The New York Times called Kathryn Harrison’s The Kiss “a powerful piece of writing, a testament to evil and hope.” The same could be said about While They Slept.PRAISE FOR WHILE THEY SLEPT“Harrison does a magnificent job of sorting through the heartbreak of a family tragedy. By adding insights into her own life, she brings us a little closer to understanding the resilience of the human spirit and the irrevocable damage and unforeseen consequences of child and sexual abuse.”–USA Today“The result of Harrison's masterful embellishment is a fascinating and comprehensive examination of the before and after of a brutal triple murder, of the cyclical nature of violence and of the tragic ineffectiveness of our social support systems…While They Slept does not provide the easy answers we hope to discover in ‘just the facts,’ but it offers instead the richer and more enduring illumination of ‘the story.’”–L.A. Times“Her telling brings moral clarity to the dark fate of a family: the daylight gaze of narrative itself as a form of empathy.”–New York Times Book Review, cover review“A powerful account…This excellent book will be devoured by educators who try to come to grips with the lasting effects of the traumas of childhood.”–Deseret Morning News“Harrison offers careful research and obvious concern… While They Slept’s real horror is in how many potential helpers were aware of the abuse and were unable to help. This is a heartbreaking read.”–Rocky Mountain News“Kathryn Harrison pulls the reader through the story of the 1984 triple murder in Medford–our own backyard–with such speed and excitement it feels like you’re watching an episode of Law & Order: Criminal Intent…Harrison perfectly paces the revelations of new characters, who add critical information and perspective to the Gilley murder.”–Willamette Weekly Read Less

Goodreads reviews for While They Slept: An Inquiry into the Murder of a Family

Joan of Arc: A Life Transfigured