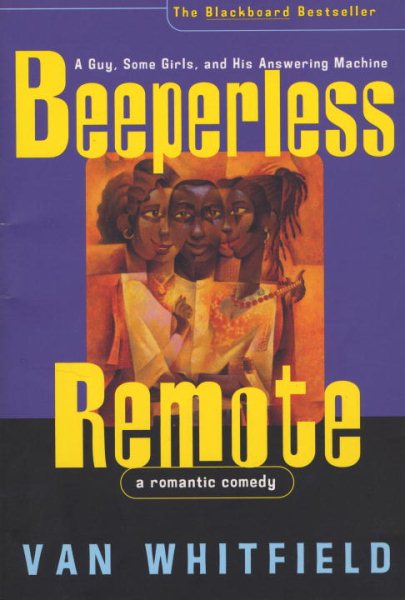 Single, employed, former All-American Shawn Wayne is searching for his ideal woman after a ten-year hiatus from the dating world, and so, armed with technical accoutrements sure to impress, he ventures forth--only to find that the rules have changed Read More
With a style that is simultaneously self-effacing and downright hilarious, Van Whitfield's Beeperless Remote is the cleverly told tale of one man who has been thrown into the dating pool and is struggling to get out. Meet Shawn Wayne. He's single, employed, hard-bodied, a former All-American, and looking for his ideal woman. Shawn may have an obsession with ESPN's "Sports Center," money, and going to the gym, but he's a good guy. According to his best friend, Kelly, however, he may have to "expand his universe" a little to find the right woman.Shawn's search for the woman of his dreams leads to dating misadventures ranging from nightmare blind dates and underage flings to encounters with married swingers. Held hostage by today's technology, where dating has become a complex web of answering machines and cell phones, he finds the rules have changed, and that he now has to contend with six different types of women:1s--"I just got out of a really bad relationship."2s--"I'm not interested in a relationship. I just have friends."3s--"What is it you said you do for a living?"4s--"Men are dogs."5s--"My biological clock is ticking. I need a man."6s--"I'm single, I'm available, and, yes, I'm interested."Will Shawn find his "6"? Read this hilarious Blackboard and Emerge bestseller and find out. Read Less

Guys in Suits: A Novel

Something's Wrong with your Scale