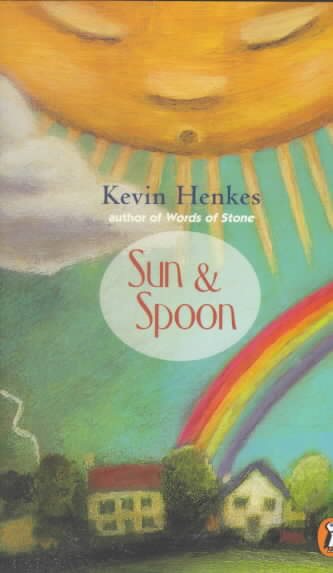 After the death of his grandmother, ten-year-old Spoon tries to find the perfect artifact to preserve his memories of her Read More
A heartbreaking story about learning to cope with loss from the Caldecott Honor winning author of WAITINGWhen a person is gone, you need something to remember her by. It’s been only two months since Spoon Gilmore’s grandmother died, but already he’s worried that he’ll forget her. He needs something of Gran’s, something that matters, something special. But Spoon’s little sister, Joanie, won’t stop tagging along and pestering him, even when they go to their grandfather’s house. And that’s why Spoon winds up doing what he does . . . “Exceptionally moving. . . . Readers will savor the understated narrative and its powerful message of affirmation.”—Publishers Weekly Read Less

Goodreads reviews for Sun and Spoon