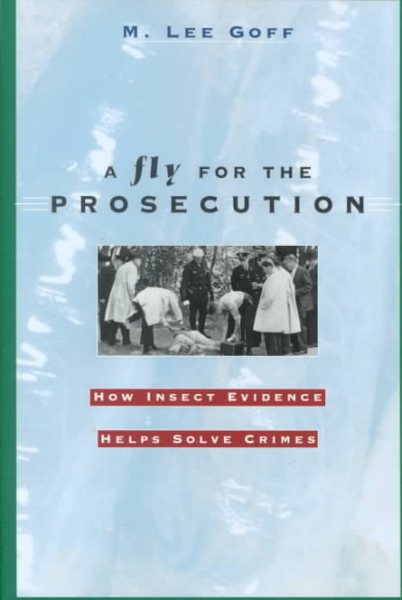 The rapid growth of the crime and crime-prevention industries should make it no surprise that there is now a field of forensic entomology. Goff (entomology, U. of Hawaii-Manoa) is a consultant and medical examiner for Honolulu, and describes how insects can provide clues about dead bodies, such as how long they have been dead, whether they were poisoned, and whether they have been moved since they died. Annotation c. Book News, Inc., Portland, OR (booknews.com) Read More
The forensic entomologist turns a dispassionate, analytic eye on scenes from which most people would recoil--human corpses in various stages of decay, usually the remains of people who have met a premature end through accident or mayhem. To Lee Goff and his fellow forensic entomologists, each body recovered at a crime scene is an ecosystem, a unique microenvironment colonized in succession by a diverse array of flies, beetles, mites, spiders, and other arthropods: some using the body to provision their young, some feeding directly on the tissues and by-products of decay, and still others preying on the scavengers.Using actual cases on which he has consulted, Goff shows how knowledge of these insects and their habits allows forensic entomologists to furnish investigators with crucial evidence about crimes. Even when a body has been reduced to a skeleton, insect evidence can often provide the only available estimate of the postmortem interval, or time elapsed since death, as well as clues to whether the body has been moved from the original crime scene, and whether drugs have contributed to the death.An experienced forensic investigator who regularly advises law enforcement agencies in the United States and abroad, Goff is uniquely qualified to tell the fascinating if unsettling story of the development and practice of forensic entomology. Read Less

Goodreads reviews for A Fly for the Prosecution: How Insect Evidence Helps Solve Crimes

By Opler, Paul A.

By Opler, Paul A.

Letters to a young lawyer