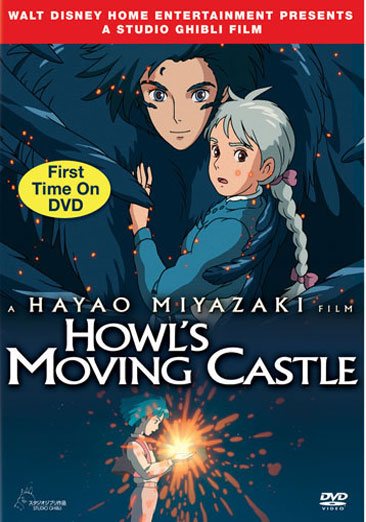 A young woman named Sophie flees to the moving castle of a notorious wizard named Howl after she is cursed to look old beyond her years; while at the castle she falls in love with Howl who can see Sophie's true self despite the curse. Read More
A young hat-maker named Sophie (Mortimer) is turned into an old woman by the dreaded Witch of the Waste (Bacall) when she attracts the notice of Howl (Bale), a young wizard whom the witch desires for herself. As the old woman, (Simmons), Sophie finds refuge as a cleaning lady in Howl's magical castle, an impressively realized mishmash of anthropomorphic shafts and gears, where she meets, among other wonders, a cantankerous fire demon named Calcifer (Billy Crystal). Howl's courage inspires her to seek a cure for her curse, and vice versa, and the two work together to prevent a major war as the castle roams the countryside on its mechanical legs. Read Less

House of Many Ways (World of Howl, 3)