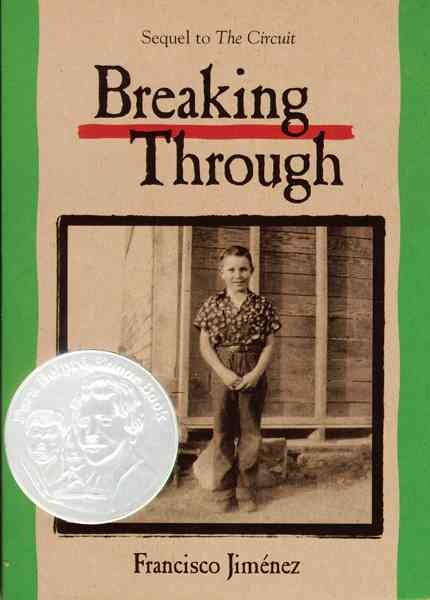 Having come from Mexico to California ten years ago, fourteen-year-old Francisco is still working in the fields but fighting to improve his life and complete his education. Read More
At the age of fourteen, Francisco Jiménez, together with his older brother Roberto and his mother, are caught by la migra. Forced to leave their home in California, the entire family travels all night for twenty hours by bus, arriving at the U.S. and Mexican border in Nogales, Arizona. In the months and years that follow during the late 1950s-early 1960s, Francisco, his mother and father, and his seven brothers and sister not only struggle to keep their family together, but also face crushing poverty, long hours of labor, and blatant prejudice. How they sustain their hope, their good-heartedness, and tenacity is revealed in this moving, Pura Belpré Honor-winning sequel to The Circuit. Without bitterness or sentimentality, Francisco Jiménez finishes telling the story of his youth. Read Less

Goodreads reviews for Breaking Through

The Circuit: Stories from the Life of a Migrant Child