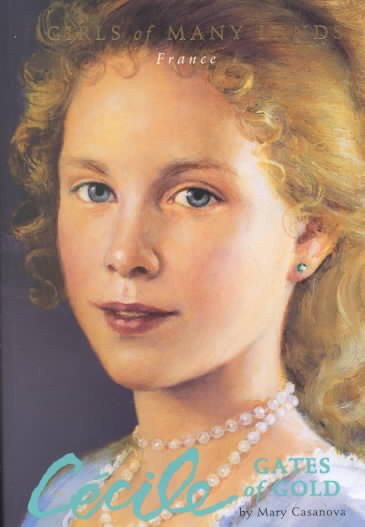 In 1711, twelve-year-old C§ecile Revel unexpectedly gets the chance to serve Louis XIV's sister-in-law at the palace of Versailles, but instead of a dream come true, life at court proves to be complicated and precarious. Read More
In 1711, twelve-year-old CTcile Revel is given an unexpected chance to serve at King Louis XIV's court at the Palace of Versailles, but in serving as a lady-in-waiting, CTcile finds out how complicated, and precarious, life at court can be. Simultaneous. Read Less

Goodreads reviews for Cecile: Gates of Gold (Girls of Many Lands)

Grace Stirs it Up (American Girl-Girl of the Year)