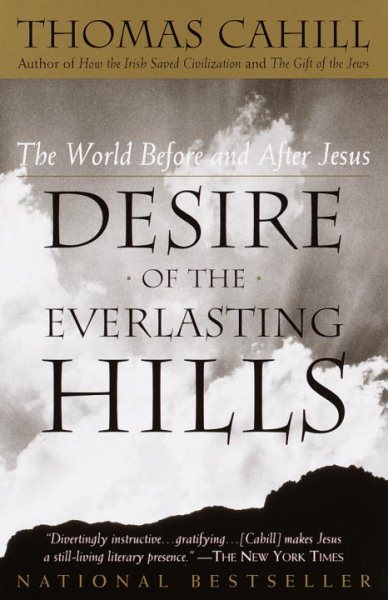 A lucid rendering of the social and political world of Jesus explores the pervasive Greek cultural influences and the oppressive Roman presence that shaped first-century Palestine. Read More
We normally think of history as one catastrophe after another, war followed by war, outrage by outrage--almost as if history were nothing more than all the narratives of human pain, assembled in sequence. And surely this is, often enough, an adequate description. But history is also the narratives of grace, the recountings of those blessed and inexplicable moments when someone did something for someone else, saved a life, bestowed a gift, gave something beyond what was required by circumstance. In this series, The Hinges of History, I mean to retell the story of the Western world as the story of the great gift-givers, those who entrusted to our keeping one or another of the singular treasures that make up the patrimony of the West. This is also the story of the evolution of Western sensibility, a narration of how we became the people that we are and why we think and feel the way we do. And it is, finally, a recounting of those essential moments when everything was at stake, when the mighty stream that became Western history was in ultimate danger and might have divided into a hundred useless tributaries or frozen in death or evaporated altogether. But the great gift-givers, arriving in the moment of crisis, provided for transition, for transformation, and even for transfiguration, leaving us a world more varied and complex, more awesome and delightful, more beautiful and strong than the one they had found. --Thomas Cahill Read Less

Goodreads reviews for Desire of the Everlasting Hills: The World Before and After Jesus (The Hinges of History)

The Gifts of the Jews: How a Tribe of Desert Nomads Changed...

Sailing the Wine-Dark Sea: Why the Greeks Matter (The Hinges...