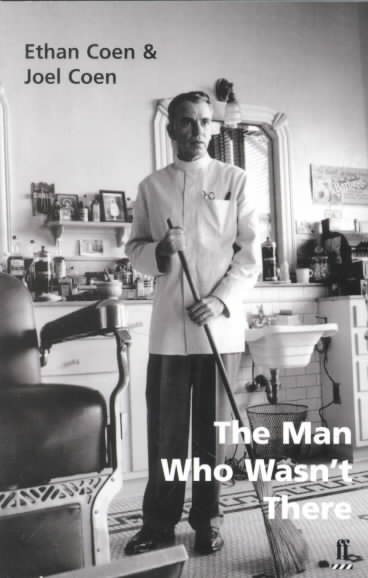 The multi-award winning team of of Ethan Coen and Joel Coen return to the noir-like terrain of their debut feature Blood Simple with The Man Who Wasn't There, a dark tale of infidelity and murder, crime and punishment, influenced by the thrillers of James M. Cain and shot in moody black-and-white.The story is set in northern California in the summer of 1949. Ed Crane (Billy Bob Thornton) is a barber, taciturn and dissatisfied with his life. His wife Doris (Frances McDormand) has been cheating on him with her boss Big Dave Brewster (James Gandolfini). When Ed meets a man seeking an investor for a laundromat chain, he decides to blackmail Big Dave anonymously, in order to get the money. But this small sin brings about grave consequences, as Ed soon finds the web he has spun drawing tighter around him. Read More
From the creators of Fargo and O Brother, Where Art Thou? From the Coen brothers, "two of our most dependably provocative filmmakers" (Mike Clark, USA Today), comes a darkly funny thriller that harkens back to their earlier classics such as Blood Simple, Miller's Crossing, and Barton Fink. Set in 1950s California, the film stars Billy Bob Thornton as Ed, a mild-mannered barber whose wife, Doris (Frances McDormand), is having an affair with her department store boss, Big Dave. Although Ed is initially apathetic about his wife's adultery, his life is turned upside down when one of his customers tells him about "the biggest business opportunity since Henry Ford"-dry cleaning-and he decides to blackmail Big Dave for the venture capital to start a chain. From there things go horribly wrong: Dave discovers Ed's identity as the blackmailer and tries to strangle Ed, who winds up killing Dave in self-defense, yet, ironically, it's Doris who the police arrest for the murder. As Ed tries to figure out what to do next his world begins to unravel, piece by piece. Full of the same kind of slow-burn character studies, biting humor, and pitch-perfect dialogue that their fans have come to love, the Coen brothers' latest film is sure to take a place among their finest work. Read Less

Goodreads reviews for The Man Who Wasn't There