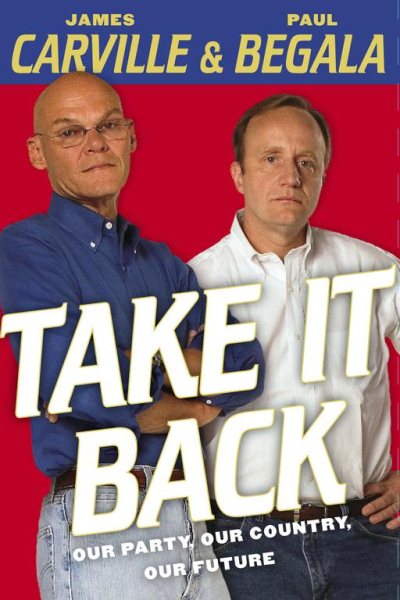 A pair of Democratic strategists predict a major comeback for the Democratic Party, revealing how closely the party reflected mainstream values in the 2004 election and explaining how Democrats can win future support. Read More
By being too timid and too weak, too hesitant and too confused, Democrats have allowed Republicans to run amok.Republicans today control everything: the White House, the Congress, the Supreme Court, the federal bureaucracy, the military, and the corporate special interests and their lobbyists. They operate powerful right-wing organizations, right-wing think tanks, and a conservative media that serves as an attack dog against Democrats.Republicans have used their absolute power to corrupt our democracy, degrade our military, weaken our health care system, diminish our stature in the world, damage our environment, reward the rich, hammer the poor, squeeze the middle class, bankrupt our Treasury, and indenture our children to foreign debt holders.In this important book, James Carville and Paul Begala show Democrats how they can take it back. They offer a clear-eyed critique of their party's failures and make specific, concrete recommendations on how Democrats can avoid losing elections on divisive issues such as abortion, gun control, gay rights, and moral values and start winning them on health care, political reform, energy, the environment, tax reform, and more.Carville and Begala say that liberal Democrats are right that too many establishment Democrats kowtow to corporate interests and shamefully supported George W. Bush's rush to war. And moderate Democrats are right to complain that too many Democrats are out of step with middle-class values, too removed from people of faith, too enthralled with intellectual and cultural elites.But the problem with the Democrats, Carville and Begala argue, is not ideological. It's anatomical. They lack a backbone. Take It Back is a spinal transplant for Democrats and an audacious battle plan for victory. Read Less

Goodreads reviews for Take It Back: Our Party, Our Country, Our Future