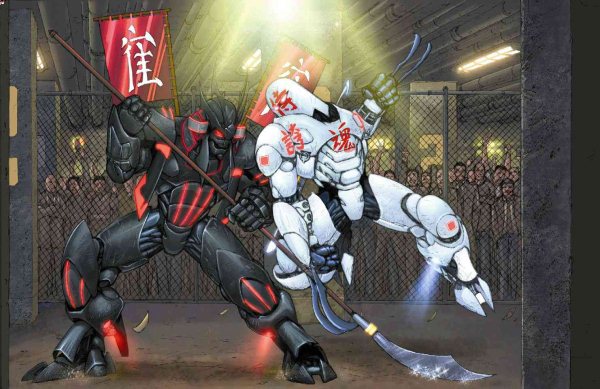 New to Tokyo 2, restless teen Kenny falls in with a group of fast-moving thrill-seekers who are part of an underground fight club. Now, Kenny defends his life in the Tokyo Knights arena, where members of the club fight each other wearing mech suits called Knights. Read More
Kenny is a restless youth in Tokyo 2, a sprawling, mysteriousmega-metropolis. He falls in with a fast-moving, thrill-seeking crowd, and meetsthe beautiful Sharon. But Sharon has a secret: She and her gang stage anunderground fight club that battles in next-generation mech suits. But these areno ordinary robot wars-the drivers "feel" the punishment dished out! Kennygambles with his life in the Tokyo Knights arena, in a tale written by mangamaster Robert Place Napton (Appleseed, Myth Warriors)! Read Less