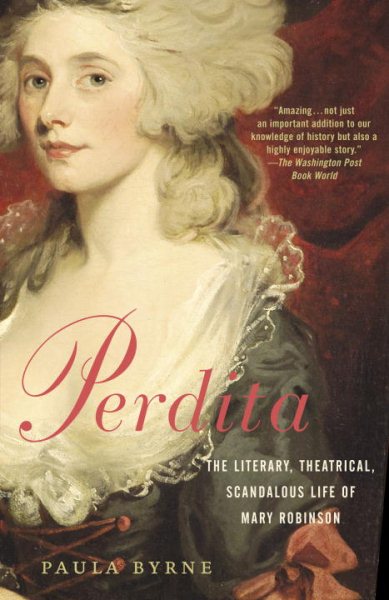 A study of Mary Robinson, an eighteenth-century actress, writer, courtesan, and feminist, documents her exploits from her career on stage and her love affair with the Prince of Wales, to her writings on the issues of her era. Read More
This compelling and richly researched book presents a fascinating portrait of Mary Robinson–darling of the London stage, mistress to the most powerful men in England, feminist thinker, and bestselling author. Though one of the most flamboyant free spirits of the late eighteenth century, Mary led a life that was marked by reversals of fortune. After being abandoned by her father, Mary was married, at age fifteen, to Thomas Robinson, whose dissipation landed the couple and their baby in debtors’ prison. On her release, Mary rose to become one of the London theater’s most alluring actresses, famously playing Perdita in The Winter’s Tale for a rapt audience that included the Prince of Wales, who fell madly in love with her. Never one to pass up an opportunity, she later used his ardent love letters for blackmail. After being struck down by paralysis, apparently following a miscarriage, she remade herself yet again, this time as a popular writer who was also admired by the leading intellectuals of the day.Filled with triumph and despair and grand accomplishments, the amazing life of “Perdita” is marvelously captured in this stunning biography. Read Less

Belle: The Slave Daughter and the Lord Chief Justice

Kick: The True Story of JFK's Sister and the Heir to Chatswo...