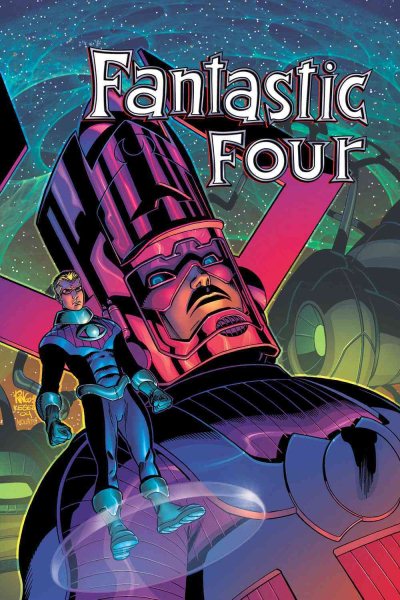 After Johnny is transformed by the Power Cosmic and forced to become herald to Galactus, he stalls Galactus from devouring another planet but finds that he will never be the same again. Read More
Galactus's worst Herald ever - Johnny Storm, the Invisible Man!? - is running out of time. So far, Johnny has been able to stall Galactus from sating his cosmic hunger - but that luck won't hold forever. What planet will be chosen as Galactus's next victim? The re-introduction of a favorite Marvel Universe hero into the battle may have caused more problems than it solved, because not even he can save the Fantastic Three from Johnny's newfound might! Who will live, who will die, and how will Johnny ever be the same now that he's tasted the Power Cosmic? Collecting Fantastic Four #520-523. Read Less