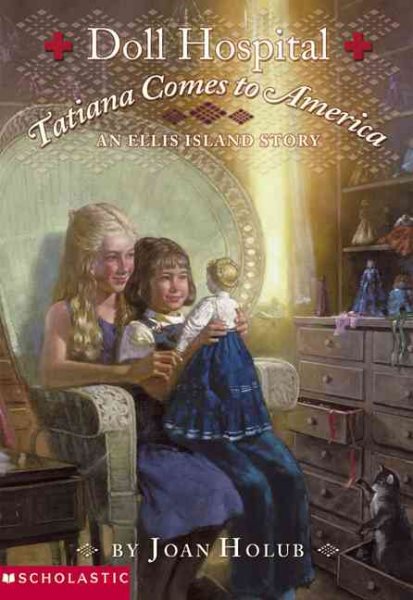 Lila and Rose's grandmother, who runs a doll hospital, tells them about a doll named Tatiana who had belonged to a Russian girl named Anya, and about Anya's journey from Russia to the United States aboard a big ship. Read More
In the tradition of American Girl, each book in this series is a clever mix of past and present that brings a different era to life through a story told from the perspective of a beloved doll.Sisters Lila and Rose, ages 8 and 10, are spending the year with their eccentric grandmother (who runs a doll hospital) while their parents are working out of the country. The girls are not pleased with this arrangement, but they begin to enjoy themselves when they learn that their grandmother has a special power to "read" the lives of the dolls she is working to restore. In each book in this series, their grandmother tells the girls the story of a different doll.In this book we meet Tatiana, a doll who travels to Ellis Island with her owner, a Russian girl named Anya. (continued) Read Less