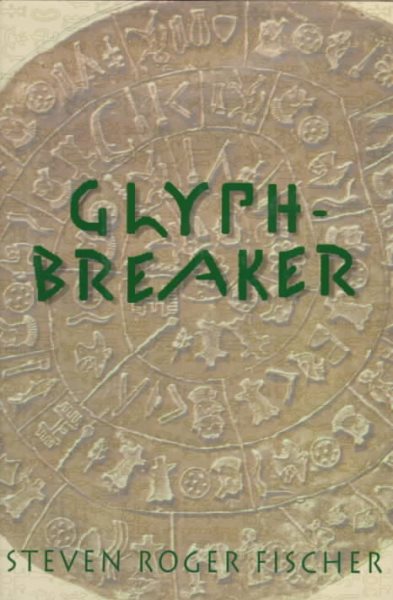 Here is an interesting book. The author is famous for his decipherment of Easter Island's `rongorongo' script ... but the content, a new translation of the mysterious Minoan Phaistos disc, is the stuff of a million crackpot theories. Written in an engaging and immediate style, the book is certainly a good read. Read More
After successfully deciphering the Rongorongo script of Easter Island, Steven Roger Fischer gained a unique place in the pantheon of glyphbreakers: he is the only person to have deciphered not one but two ancient scripts. Both of these scripts yield clues of great historical importance. Fischers previous decipherment, of a Cretan artefact called the Phaistos Disk, provided the key to the ancient Minoan language and showed it to be closely related to Mycenaean Greek. Fischer's decipherment of Rongorongo shows that it was not merely a mnemonic device for recalling memorised texts, but was actually read and used for creative composition. This is the exciting story of these two decipherments, by the man who now must rank as the greatest glyphbreaker of all time. Read Less

A History of Reading