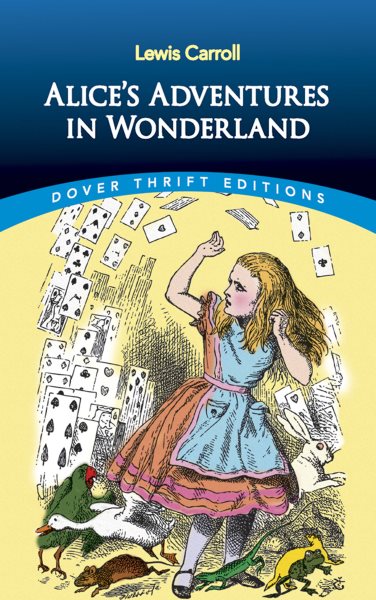 A little girl falls down a rabbit hole and discovers a world of nonsensical and amusing characters. Read More
One of the English language's most popular and frequently quoted books, Alice's Adventures in Wonderland was the creation of Charles Lutwidge Dodgson (1832–1898), a distinguished scholar and mathematician who wrote under the pseudonym of Lewis Carroll. Intended for young readers but enjoyed equally by adults, the fantastic tale transformed children's literature, liberating it from didactic constraints.The story is deeply but gently satiric, enlivened with an imaginative plot and brilliant use of nonsense. As Alice explores a bizarre underground world, she encounters a cast of strange characters and fanciful beasts: the White Rabbit, March Hare, and Mad Hatter; the sleepy Dormouse and grinning Cheshire Cat; the Mock Turtle, the dreadful Queen of Hearts, and a host of other extraordinary personalities. This edition features Sir John Tenniel's complete original illustrations, bringing to life a beloved classic that has delighted readers and listeners since its first publication in 1865. Read Less

Alice in Wonderland and Through the Looking Glass

ALICE IN WONDERLAND AND THROUGH THE LOOKING-GLASS