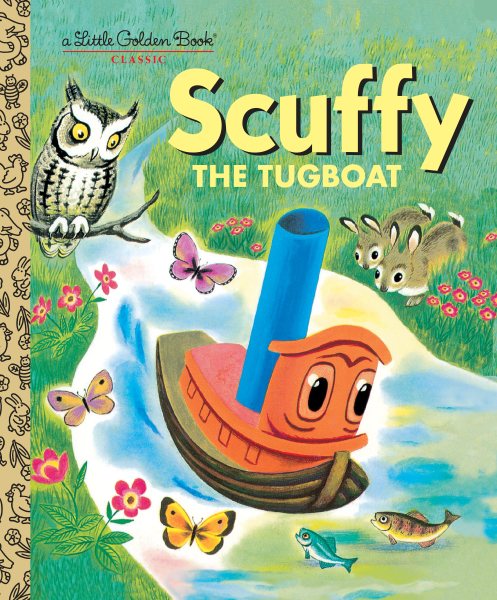 Scuffy feels he is meant for more than the bathtub and gets his chance on a small stream which leads to a large river and eventually the sea. Read More
Meant for "bigger things," Scuffy the Tugboat leaves the man with the polka-dot tie and his little boy, and sets off to explore the world. But on his daring adventure down the river, Scuffy realizes that home is where he'd rather be, sailing in his bathtub. Generations of parents and children have cherished this classic Little Golden Book, originally published in 1946. Read Less