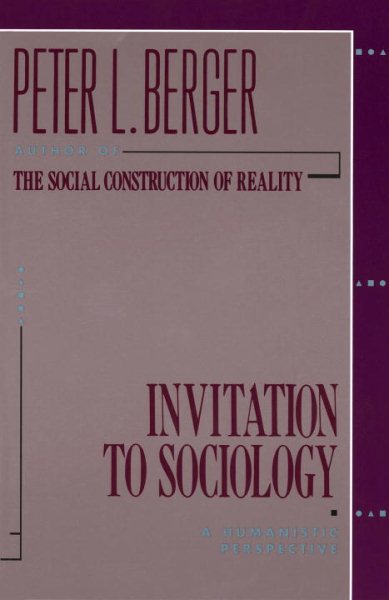 Discusses the way in which sociological perspective helps to illuminate man's social existence and the ethical implications of this scientific view Read More
This lucid and lively book, punctuated with witty, incisive examples, is addressed both to the layman who wants to know what sociology is all about and to students and sociologists who are concerned about the larger implications and dimensions of their discipline. Professor Berger places sociology in the humanist tradition and recognizes it as a "peculiarly modern, peculiarly timely form of critical thought." Without underestimating the importance of scientific procedures in sociology, he points out its essential affinity with history and philosophy, and he shows how sociology in this sense can contribute to a fuller awareness of the human world."Unlike puppets," he notes, "we have the possibility of stopping in our movements, looking up and perceiving the machinery by which we have been moved. In this act lies the first step towards freedom." Professor Berger discusses this consciousness in detail, in relation to one's own biography, to the operations of social institutions, and to the makeup of an individual as a product of this institutions. In each instance, he outlines the major contributions to sociology of such classical sociologists as Weber, Pareto, and Drukheim in Europe; Veblen, Cooley, and Mead in the United States; and some of the most important names in the field today. Read Less

Goodreads reviews for Invitation to Sociology: A Humanistic Perspective

The Social Construction of Reality: A Treatise in the Sociol...

The Sacred Canopy: Elements of a Sociological Theory of Reli...