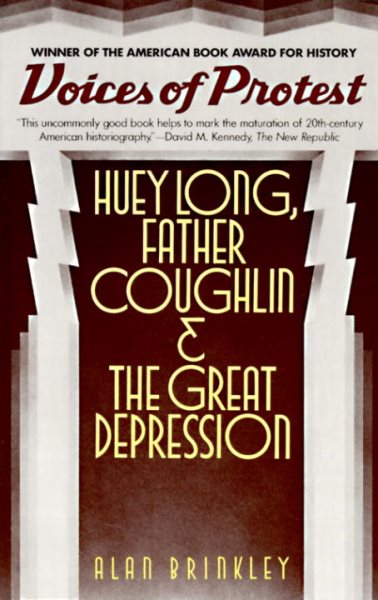 This analysis of two powerful American demogogues traces the shaping of their political ideologies and strategies and the reasons behind their ultimate failure Read More
The study of two great demagogues in American history--Huey P. Long, a first-term United States Senator from the red-clay, piney-woods country of nothern Louisiana; and Charles E. Coughlin, a Catholic priest from an industrial suburb near Detroit. Award-winning historian Alan Brinkely describes their modest origins and their parallel rise together in the early years of the Great Depression to become the two most successful leaders of national political dissidence of their era. *Winner of the American Book Award for History* Read Less

The Unfinished Nation: A Concise History of the American Peo...