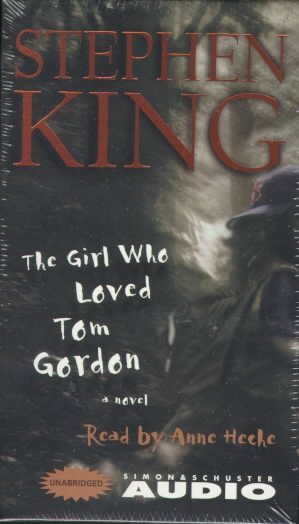 Having wandered away from her arguing family during a hike on New England's Appalachian Trail, a young girl discovers that she is lost in the menacing woods with only her personal stereo and the Red Sox game for comfort. Read More
What if the woods were full of them? And of course they were, the woods were full of everything you didn't like, everything you were afraid of and instinctively loathed, everything that tried to overwhelm you with nasty, no-brain panic. The brochure promised a "moderate-to-difficult" six-mile hike on the Maine-New Hampshire branch of the Appalachian Trail, where nine-year-old Trisha McFarland was to spend Saturday with her older brother, Pete, and her recently divorced mother. When she wanders off to escape their constant bickering, then tries to catch up by attempting a shortcut through the woods, Trisha strays deeper into a wilderness full of peril and terror. Especially when night falls. Trisha has only her wits for navigation, only her ingenuity as a defense against the elements, only her courage and faith to withstand her mounting fear. For solace she tunes her Walkman to broadcasts of Boston Red Sox games and the gritty performances of her hero, number 36, relief pitcher Tom Gordon. And when her radio's reception begins to fade, Trisha imagines that Tom Gordon is with her -- her key to surviving an enemy known only by the slaughtered animals and mangled trees in its wake. A classic story that engages our emotions at the most primal level, The Girl Who Loved Tom Gordon explores our deep dread of the unknown and the extent to which faith can conquer it. It is a fairy tale grimmer than Grimm, but aglow with a girl's indomitable spirit. Read Less

Goodreads reviews for The Girl Who Loved Tom Gordon