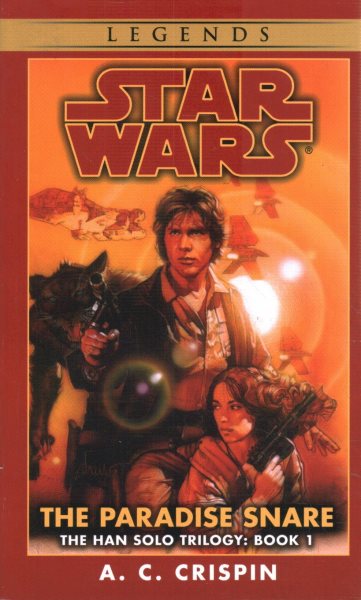 Recounts the early years of the young Han Solo, beginning with his late teenage years, as he chafes under the sadistic tyranny of the cruel Garris Shrike, and chronicling his transformation into a swashbuckling pilot, smuggler, and rogue Read More
Here is the first book in the blockbuster trilogy that chronicles the never-before-told story of the young Han Solo. Set before the Star Wars movie adventures, these books chronicle the coming-of-age of the galaxy's most famous con man, smuggler, and thief.The first book in this exciting new Han Solo series begins with a recounting of Han's late teen years and shows us how he escaped an unhappy adopted home situation to carve out an adventurous new life for himself as a pilot. Han Solo, the handsome rogue, is every girl's dream man, and every boy's hero. The Paradise Snare is another stellar Star Wars production, complete with original music and sound effect Read Less