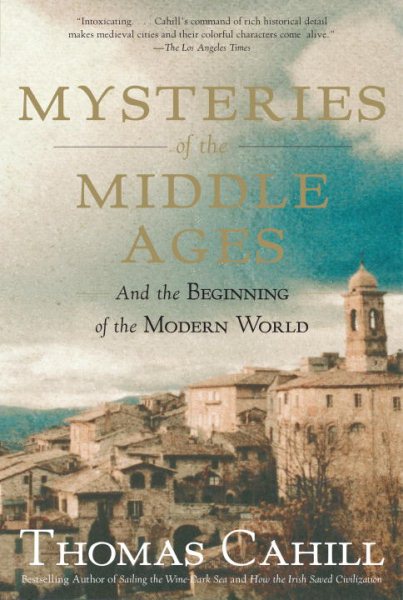 A new volume in the author's acclaimed Hinges of History series examines the rebirth of scholarship, art, literature, philosophy, and science following the Dark Ages, vividly capturing the spirit of experimentation, pageantry, and pursuit of knowledge that transformed medieval Europe and set the stage for the modern world. Reprint. 75,000 first printing. Read More
From the bestselling author of How the Irish Saved Civilization, a fascinating look at how medieval thinkers created the origins of modern intellectual movements.After the long period of decline known as the Dark Ages, medieval Europe experienced a rebirth of scholarship, art, literature, philosophy, and science and began to develop a vision of Western society that remains at the heart of Western civilization today, from the entry of women into professions that had long been closed to them to the early investigations into alchemy that would form the basis of experimental science. On visits to the great cities of Europe-monumental Rome; the intellectually explosive Paris of Peter Abelard and Thomas Aquinas; the hotbed of scientific study that was Oxford; and the incomparable Florence of Dante and Giotto-acclaimed historian Thomas Cahill brilliantly captures the spirit of experimentation, the colorful pageantry, and the passionate pursuit of knowledge that built the foundations for the modern world. Read Less

Goodreads reviews for Mysteries of the Middle Ages: And the Beginning of the Modern World (The Hinges of History)

The Gifts of the Jews: How a Tribe of Desert Nomads Changed...

Desire of the Everlasting Hills: The World Before and After...