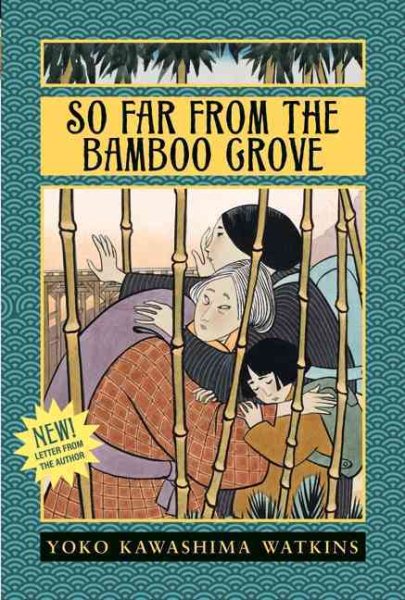 A fictionalized autobiography in which eleven-year-old Yoko escapes from Korea to Japan with her mother and sister at the end of World War II. Read More
In the final days of World War II, Koreans were determined to take back control of their country from the Japanese and end the suffering caused by the Japanese occupation. As an eleven-year-old girl living with her Japanese family in northern Korea, Yoko is suddenly fleeing for her life with her mother and older sister, Ko, trying to escape to Japan, a country Yoko hardly knows.Their journey is terrifying—and remarkable. It's a true story of courage and survival that highlights the plight of individual people in wartime. In the midst of suffering, acts of kindness, as exemplified by a family of Koreans who risk their own lives to help Yoko's brother, are inspiring reminders of the strength and resilience of the human spirit. Read Less

Goodreads reviews for So Far from the Bamboo Grove

My Brother, My Sister, and I

Tales from the Bamboo Grove

So Far from the Bamboo Grove (Puffin Books)