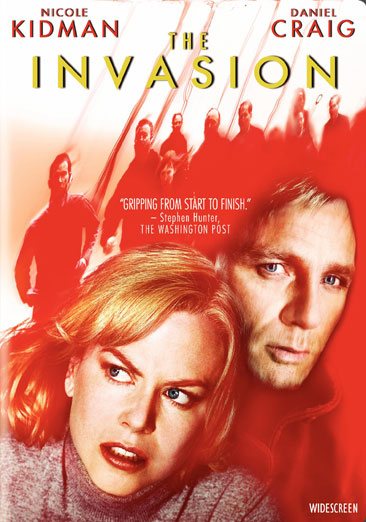 A doctor unearths the origin of an alien bacterial epidemic and discovers that her son may hold the key to stopping it. Read More
"After the space shuttle Patriot crashes unexpectedly, people across America begin to exhibit strange behavior. Psychiatrist Carol Bennell (Nicole Kidman) begins to notice the change in those around her, including her ex-husband, Tucker Kaufman (Jeremy Northam), who works at the CDC. Joined by her friend Ben Driscoll (Daniel Craig), Carol attempts to unravel the mystery as she rescues her young son." Read Less