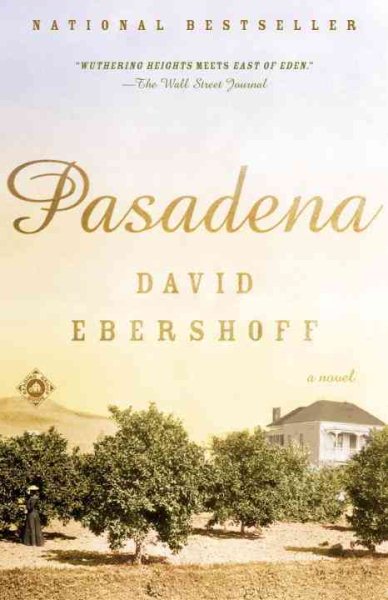 Chronicles the transformation of Southern California from frontier to suburb through the story of Linda Stamp and her relationships with her brother Edmund, orange rancher Willis, and mysterious Bruder. Read More
Pasadena , David Ebershoff’s sweeping, richly imagined novel, is set against the backdrop of Southern California during the first half of the twentieth century and charts its rapid transformation from frontier to suburb. At the story’s center is Linda Stamp, a fishergirl born in 1903 on a coastal onion farm in San Diego’s North County, and the three men who upend her life and vie for her affection: her pragmatic farming brother, Edmund; Captain Willis Poore, a Pasadena rancher with a heroic military past; and Bruder, the mysterious young man Linda’s father brings home from World War I. Pasadena spans Linda’s adventurous and romantic life, weaving the tales of her Mexican mother and her German-born father with those of the rural Pacific Coast of her youth and of the small, affluent city, Pasadena, that becomes her home. When Linda’s father returns from the war to the fishing hamlet of Baden-Baden-by-the-Sea with the darkly handsome Bruder, she glimpses love and a world beyond her own. Linda follows Bruder to the seemingly greener pastures of Pasadena, where he is the foreman of a flourishing orange ranch, the homestead and inheritance of the charming bachelor Willis Poore. As Willis begins to woo her with the promise of money and stature, Linda is torn between the two men, unable to differentiate truth from appearance. Linda’s fateful decision alters the course of many lives and harbingers a sea change just on the horizon, for Pasadena and its inhabitants. Infused with the rich sense of place for which Ebershoff’s work is known, Pasadena remembers a Southern California whose farms edged the Pacific, where citrus dominated the economy, and where America’s tycoons wintered in a vital city’s grand hotels. Recalling the California character of self-invention that informs the work of John Steinbeck and Joan Didion, Pasadena is a novel of passion and history about a woman and a place in perpetual transformation. From the Hardcover Read Less

Goodreads reviews for Pasadena: A Novel