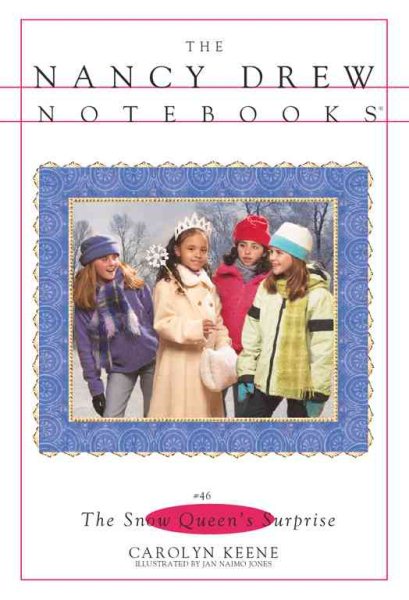 Now that Nancy's friend Rebecca Ramirez gets to play the part of the Snow Queen in a play, she seems to be able to turn people and things into ice, but Nancy wonders if it is all just a trick. Read More
"SUGAR IS SWEET, SNOW IS NICE. TURN THIS PESTY DOG INTO ICE!" Nancy's friend Rebecca Ramirez wants to be an actress when she grows up. Now that she has the part of the Snow Queen in a play, she claims that with a wave of her magic wand she really can turn things into ice. Bess and George believe her, but Nancy doesn't. Then a dog that put his muddy paws on Rebecca's white coat vanishes, and in his place is a snow statue that looks exactly like him. Then three bratty boys from school disappear, and in their place are three snowmen -- wearing the boys' hats! Could Rebecca really be a snow queen after all? Read Less