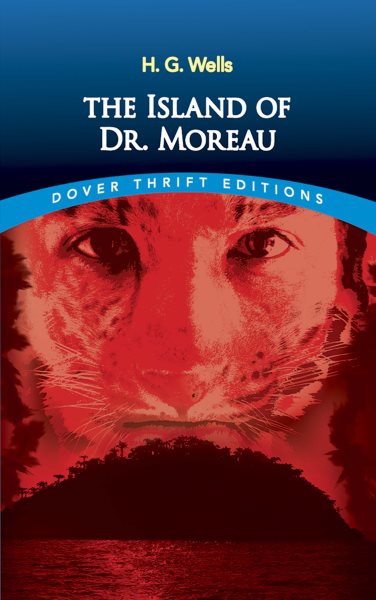 Following a shipwreck, a young naturalist finds himself on an island run by a mad scientist intent on creating a strain of beast men Read More
Considered one of the fathers of science fiction, H. G. Wells (1866–1946) brought enormous inventiveness and an underlying social vision and moral concern to his strange tales and bizarre imaginings. A student of Darwinian biology, he formed his romantic conceptions of the scientific world at an early age.This novel, one of his first forays into the science fiction genre, concerns a mad surgeon-turned-vivisectionist who, in his laboratory on a remote island, performs ghoulish experiments in an attempt to transform animals into men, with monstrous results. It is one of Wells' earliest and most sinister personifications of the scientific quest to control and manipulate the natural world, and, ultimately, human nature itself.First published in 1896, The Island of Dr. Moreau has intrigued and horrified readers for generations. It will gain legions of new fans in this inexpensive Dover edition. Read Less