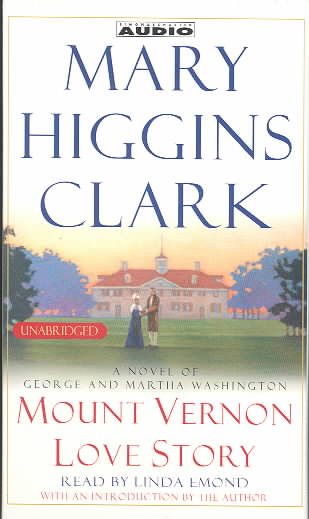 Returning to his beloved home at Mount Vernon after leaving the post of the first presidency, George Washington finds his marriage with Martha, marked by occasional conflict, renewing to the levels of deep love they experienced as newlyweds. Read More
Mount Vernon Love Story was the first novel written by Mary Higgins Clark, the bestselling author of twenty-two novels that have made her Ameria's Queen of Suspense. The role of leader came naturally to George Washington, the man revered as "the father of his Country." But when it came to the social aspects of life in the mid-18th century, he was both awkward and insecure. It was only through the love of a woman that he found the happiness that gave real meaning to his life. In matters of the heart, Washington initially stumbles when he falls in love with Sally Wilcox, his best friend's young bride. But Sally is understanding, and sets out to teach George the art of social graces. When he finds himself attracted to Martha Custis -- a young widow with two children -- he summons the courage to ask her to marry him. As depicted by Clark, their marriage was not without conflict. Their love was strong, and it endured long months of separation and the many dangers that Washington's role as leader of the Army entailed. At the end of his long career, when he and Martha return to Mount Vernon, the fire of their love burns just as brightly as when he took her there as his new bride. Charming, insightful, and immensely entertaining in its unique presentation of one of America's legendary figures, Mount Vernon Love Story brings alive the man behind the legend, a man of flesh, blood, and passion. Read Less