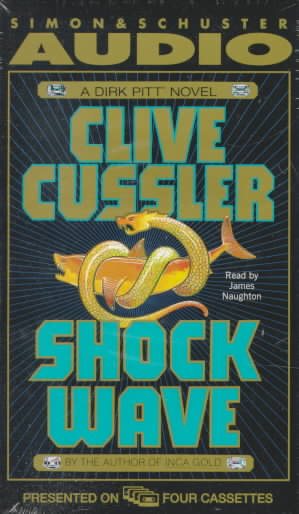 While studying a deadly plague in the Pacific, Dirk Pitt rescues a band of rich castaways who were deserted by their cruise ship and learns that the plague had been caused by a passenger's father, who uses ultrasound to mine diamonds. Read More
On an expedition to find the source of a mysterious plague killing the seals and dolphins of the Weddell Sea, Dirk Pitt makes a surprise discovery -- a party of cruise ship passengers, apparently adandoned on an icy Antarctic island with no hope of escape. Pitt rescues the party from certain death, dut soon discovers a connection between the underwater slaughter and one of the passengers, whose family has built an immense tropical diamond dynasty in the wake of a 19th-century high sea tragedy. In a deadly race against time, only Dirk Pitt can stop the family's murderous mining operations and head off a disaster that will kill millions -- and face down the most intriguing and sinister villain of his legendary career. Read Less