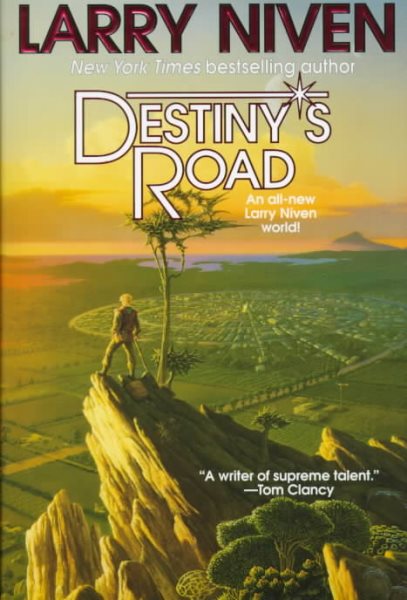 On Planet Destiny, Jemmy Blocher kills a laborer and flees for his life along the long road forged by the mysterious Cavorite and its crew, who disappeared more than 250 years earlier Read More
Almost 250 years ago the Starcruiser Argos reached the planet Destiny with a payload of interstellar pioneers. In the first tumultuous years on Destiny, two events changed forever the lives and futures of these colonists: the desertion of the Argos, an event that severed all hope of ever contacting Earth, and the disappearance of its fusion-powered landing craft, the Cavorite.For the settlers of Spiral Town, the largest known remaining colony, Cavorite is a name that conjures awe and wonder still, for its final voyage left behind a dominant and lasting mark on the planet's surface and a key to their survival: the Road.Wide and smooth, it was seared into a flow of molten lava by the fusion drive of the Cavorite as the landing craft hovered a meter above the planet's rocky surface. Some say the Road crosses the whole planet. Others are sure the Cavorite exploded or the crew was killed by undiscovered Destiny creatures. No settler who has gone down the Road has ever returned.For Jemmy Bloocher, a young farm boy, the questions burn too hot, he yearns to leave the mind-numbing work in his father's fields and follow the Road. The course of Jemmy's life is decided for him when he accidentally kills a caravan worker in a tavern fight. Leaving Spiral Town, he flees certain retribution, and his flight becomes a quest to discover what happened to the Cavorite and its crew - and uncover the many mysteries on Destiny's Road. Read Less

A Gift from Earth

A Hole in Space