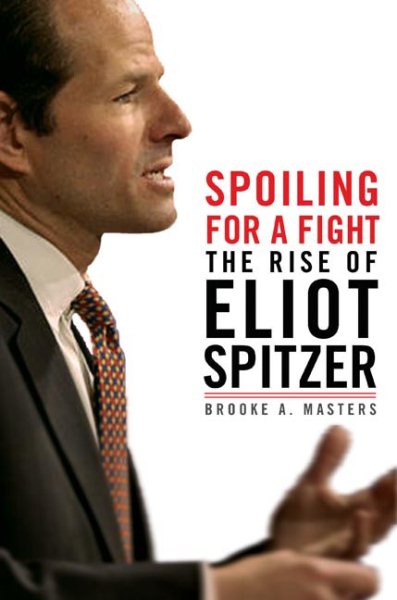 A portrait of one of America's most controversial politicians describes the rise of New York State Attorney General Eliot Spitzer and his ardent exposure of wrongdoing on the part of stock analysts, insurance brokers, and corporations. Read More
The rise to power of Eliot Spitzer, the scourge of Wall Street and one of America’s most controversial politicians, by the reporter who knows his crusade bestFew politicians have burst onto the American scene with as much impact as Eliot Spitzer. He has exposed wrongdoing by stock analysts, mutual fund managers, and insurance brokers, and he has investigated corporations that have misled or defrauded investors and consumers. When federal regulators have fallen down on their responsibilities, Spitzer has stepped in to protect ordinary, middle-class Americans. His actions as the New York State attorney general have made companies change the way they do business, which in turn affects every American with a retirement plan, an insurance policy, or a prescription to fill. No reporter has had better or more complete behind-the-scenes access to Spitzer’s operation—and to the strategies that have underpinned his crusade against these powerful forces in the American economy—than Brooke A. Masters of The Washington Post. In Spoiling for a Fight, she presents a portrait that is at once dramatic and revealing, raising the question of whether Spitzer’s way of conducting government business is good or bad for America.Combining passion and zeal with a savvy understanding of the press, Spitzer has brought down some of the biggest names in American finance and now has his sights set on higher office. This revelatory book shows Americans how Spitzer has transformed their lives and what his crusade could mean for the future. Read Less

Goodreads reviews for Spoiling for a Fight: The Rise of Eliot Spitzer

Spoiling for a Fight: The Rise of Eliot Spitzer

By Masters, Brooke A.