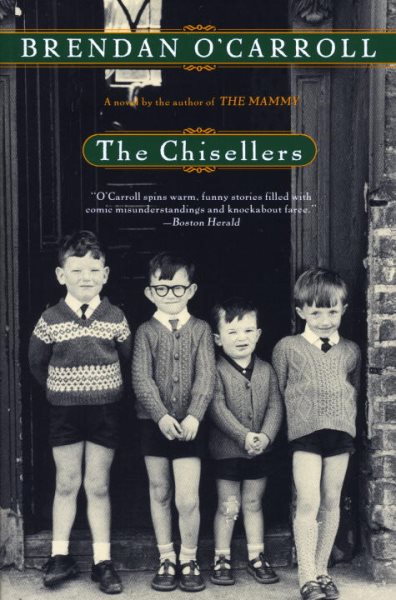 The bestselling author of the Mrs. Browne trilogy brings back Agnes Browne, the delightful heroine of The Mammy, as she struggles to cope with the continuing demands of parenting seven rambunctious children while also trying to keep the family from being evicted from their tenement home in the name of urban renewal, with the help of her persistent suitor, Pierre. Original. Read More
The Mrs. Browne trilogy became an instant bestselling success in author Brendan O'Carroll's native Ireland. Similarly, when Plume introduced The Mammy (the first book in the series, May 1999) in the United States, it was greeted with overwhelming enthusiasm from American readers. Fans of Agnes Browne craving further hilarious and heartwarming adventures will be delighted with The Chisellers. Agnes, the lovable and determined heroine, returns with her seven children—whom she affectionately calls "the chisellers"—all struggling to make their way in the world with varying degrees of success. To make matters more difficult, as Agnes struggles along the bumpy road of parenting, she learns that the family is about to be forced out of their tenement home in the name of urban renewal. Pierre, Agnes' persistent suitor, is thankfully on hand to console her. Like all good Irish stories, The Chisellers includes a wedding and a funeral, much laughter and some tears—and it is sure to please newcomers as well as loyal fans of this terrific series. Read Less