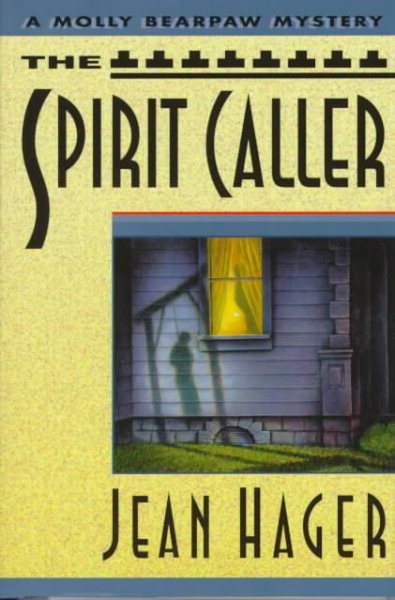 When a woman is murdered in Tahlequah's Native American Research Library, Molly Bearpaw, the major crimes investigator for the Cherokee nation, must untangle the suspects and deal with her own family history to solve the case Read More
Talia Wind was all crystals and spirits, a flamboyant New Age devotee who followed a channeler in California to the land of her ancestors and her own eccentric spiritual vision. The aunt of Molly Bearpaw's assistant, Natalie, Talia was also a woman with a secret...a secret that may have cost her her life.The killing happened on a dark night in Tahlequah's Native American Research Library, an old building that was a jail in the Indian Territory days, and one many believe to be haunted. The murder of Talia Wind seems inexplicable to the logically minded Molly Bearpaw and her boyfriend, Sheriff Deputy D. J. Kennedy. It is only when Molly looks into the colorful life of Talia Wind that she finds plenty of suspects, ranging from the Native medicine man Agasuyed, who saw Talia as a rival, to Talia's bitter ex-husband, Dell. Immersed in this baffling case, Molly Bearpaw must suddenly come to terms with yet another drama: her long-lost father has come back into her life - with a new version of a dark, long-held family secret. Read Less

Goodreads reviews for The Spirit Caller