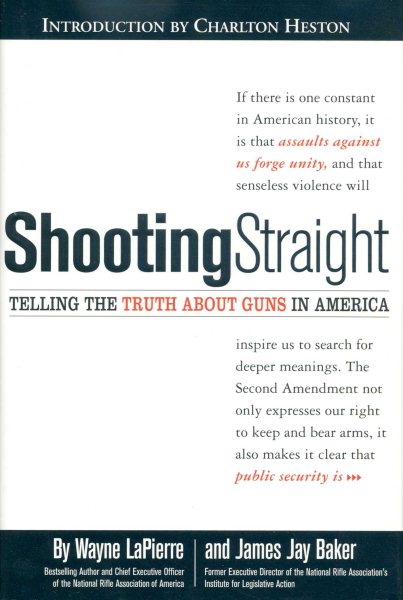 The executive director of the National Rifle Association lambasts the gun-control lobby while extolling the virtues of personal and responsible gun ownership in America. Read More
LaPierre is the current CEO of the National Rifle Association of America (NRA); Baker is the former director of the NRA's Institute for Legislative Action. Through a critique of the tactics used by anti-gun advocates in the gun-control lobby, Congress, and the country's media, they argue in favor of the right to gun ownership in the U.S. Written for gun-owning Americans, this text may also be informative to readers who are against gun ownership. ^ Annotation c. Book News, Inc., Portland, OR (booknews.com) Read Less

Goodreads reviews for Shooting Straight: Telling the Truth About Guns in America

Standing Guard: a Collection of Essays and Speeches