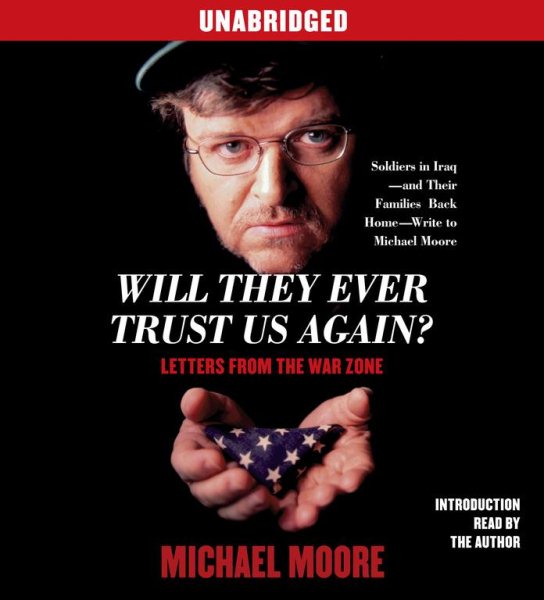 The controversial filmmaker shares a collection of letters from active duty soldiers, their family members, and veterans who express their thoughts and feelings about the current war in Iraq. Read More
American soldiers serve willingly. They risk their lives so the rest of us can be safe. The one small thing they ask is that they not be sent into harm's way unless it is absolutely necessary. But after being lied to about weapons of mass destruction and about the connection between al Qaeda and Iraq; after being forced by stop-loss orders to extend their deployment; after being undertrained, underequipped, and overworked long after George Bush declared Iraq "Mission Accomplished," these soldiers have something to say. From his famous 2003 Oscar acceptance speech to his record-breaking documentary Fahrenheit 9/11, Michael Moore has been an outspoken critic of the Bush administration and the war in Iraq. But in this audiobook, Moore gives the spotlight to the real heroes of protest: the men and women who have fought in Iraq and want the American public to know how they feel about their mission and their commander in chief. Moore also fields letters from veterans of other wars and mothers, wives, and siblings of our soldiers in the field. They also express their anger and frustration, their tears and pain, and their hopes and prayers. Impassioned, accessible, and moving, these are letters that reveal the true hearts and minds of the men, women, and families on the front line. ? Read Less

Goodreads reviews for Will They Ever Trust Us Again?: Letters From the War Zone