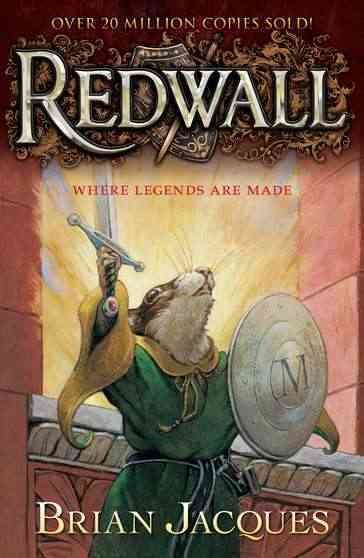 When the peaceful life of Redwall Abbey is shattered by the arrival of the evil rat Cluny and his hordes, Matthias, a young mouse, vows to find the legendary sword which will help Redwall's inhabitants destroy the enemy. Read More
Perfect for fans of C. Alexander London's The Wild Ones, and Mrs. Frisby and the Rats of NIMH.The question in this first volume is resoundingly clear: What can the peace-loving mice of Redwall Abbey do to defend themselves against Cluny the Scourge and his battle-seasoned army of rats? If only they had the sword of Martin the Warrior, they might have a chance. But the legendary weapon has long been forgotten-except, that is, by the bumbling young apprentice Matthias, who becomes the unlikeliest of heroes. Teeming with riddles, humor, unforgettable characters, and high-bounding adventure, the original Redwall, the launching point for a series that has captured the world's attention, features seven full-color illustrations by renowned illustrator Troy Howell. This new paperback edition is a must-have for both longtime fans and first-time readers. Read Less