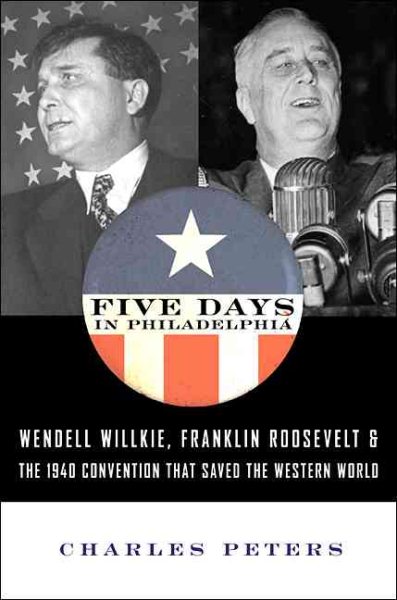 The rousing, fascinating story of the rowdy political convention that produced the unlikeliest of candidates and thereby had the unanticipated result of saving the world from fascism. Read More
There were four strong contenders when the Republican party met in June of 1940 in Philadelphia to nominate its candidate for president: the crusading young attorney and rising Republican star Tom Dewey, solid members of the Republican establishment Robert Taft and Arthur Vandenberg, and dark horse Wendell Willkie, utilities executive, favorite of the literati and only very recently even a Republican. The leading Republican candidates campaigned as isolationists. The charismatic Willkie, newcomer and upstager, was a liberal interventionist, just as anti-Hitler as FDR. After five days of floor rallies, telegrams from across the country, multiple ballots, rousing speeches, backroom deals, terrifying international news, and, most of all, the relentless chanting of "We Want Willkie" from the gallery, Willkie walked away with the nomination. The story of how this happened — and of how essential his nomination would prove in allowing FDR to save Britain and prepare this country for entry into World War II — is all told in Charles Peters' Five Days in Philadelphia. As Peters shows, these five action-packed days and their improbable outcome were as important as the Battle of Britain in defeating the Nazis. Read Less

Goodreads reviews for Five Days in Philadelphia: The Amazing "We Want Willkie!" Convention of 1940 and How It Freed FDR to Save the Western World

We Do Our Part: Toward a Fairer and More Equal America

Tilting at Windmills: An Autobiography