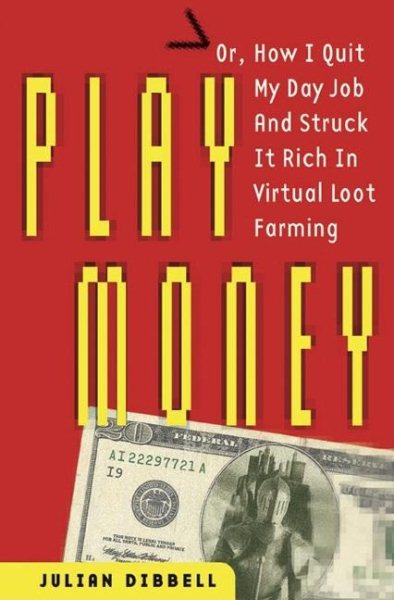 A wild ride to the outer limits of the virtual world, where real money meets fantasy gaming Read More
Play Money explores a remarkable new phenomenon that's just beginning to enter public consciousness: MMORPGs, or Massively MultiPlayer Online Role-Playing Games, in which hundreds of thousands of players operate fantasy characters in virtual environments the size of continents. With city-sized populations of nearly full-time players, these games generate their own cultures, governments, and social systems and, inevitably, their own economies, which spill over into the real world.The desire for virtual goods--magic swords, enchanted breastplates, and special, hard-to-get elixirs--has spawned a cottage industry of "virtual loot farmers": People who play the games just to obtain fantasy goods that they can sell in the real world. The best loot farmers can make between six figures a year and six figures a month.Play Money is an extended walk on the weird side: a vivid snapshot of a subculture whose denizens were once the stuff of mere sociological spectacle but now--with computer gaming poised to eclipse all other entertainments in dollar volume, and with the lines between play and work, virtual and real increasingly blurred--look more and more like the future. Read Less

Goodreads reviews for Play Money: Or, How I Quit My Day Job and Made Millions Trading Virtual Loot

The stories of Joseph, (Bible stories for bed-time)