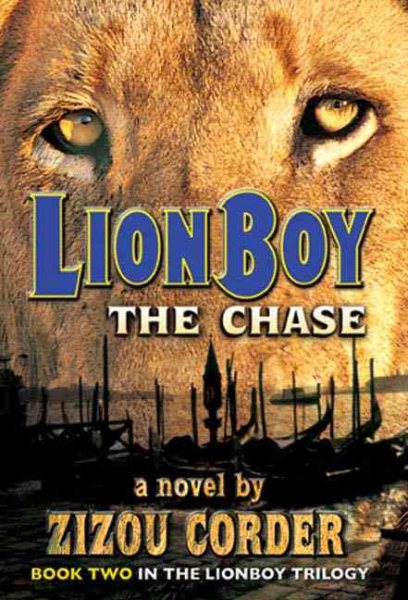 The second installment of the Lionboy trilogy follows Charlie and his lion friends through such action-packed adventures as an escape from Venice, a shipwreck, and other surprises. Read More
Charlie and his lion friends have made it safely to Venice, but it turns out that their journey has only just begun. King Boris's palace was meant to be a haven, but it's starting to feel more like a prison. When word arrives from the cat grapevine that his parents are not being held in Italy after all, Charlie knows he must take fast action. Luckily a new ally has come on the scene--and just in the knick of time: Rafi is in hot pursuit. This second book in the Lionboy trilogy is even more action-packed than the first, offering clever escapes, shipwreck, a prehistoric beast named Primo who will prove himself a great hero, and surprises that will shock and delight. It's an exhilarating, suspenseful whirlwind of a story, and readers will be clamoring for more. Read Less

Goodreads reviews for Lionboy: The Chase