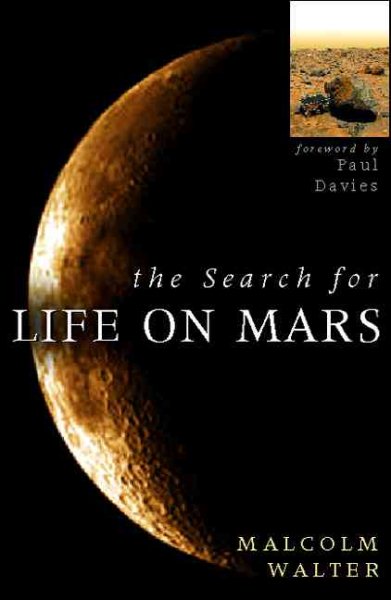 A timely and provocative account of one of the most thrilling topics in science today—the search for life on Mars—and how it may ultimately lead us to the origins of life in the universe Read More
Hidden beneath the sterile surface of Earth’sneighboring planet may be the keys to unlocking the origins of life in the universe. An expert on extreme-life environments, Malcolm Walter demonstrates that similarities between ancient Earth and Mars may prove crucial in the quest for life’s origins. From the amazing discovery of microbial life in boiling hot springs on earth—which many scientists believe to be the source of life on Earth—to the vast oceans and rivers that once covered Mars, Walter argues that the best place to find evidence of life on Mars is out of reach of telescopes and space probes—it’s in the rocks and subsurface water of the planet. In The Search for Life on Mars, Walter unveils his dramatic plan—already adopted by NASA—for finding these elusive traces of life. Taking a hard look at the latest newsmakers—like the alleged fossil found in a Mars rock—Walter puts the evidence in perspective and shows where our investigations have led thus far, and what the future may hold. Read Less

Goodreads reviews for The Search for Life on Mars (Helix Books)

The Biggest Snowman Ever

The Devil Wears Prada a Novel