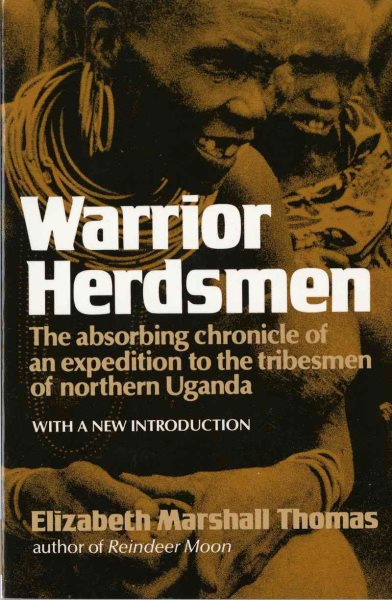 The absorbing chronicle of an expedition to the tribesmen of northern Uganda. Read More
The Dodoth—a tall, handsome people of the northern tip of Uganda—are a tribe in transition. They are proud, often cruel, warrior herdsmen whose oldest members live just as they did hundreds of years ago, but whose younger members sometimes learn to read and write and have brushed against the modern world. Elizabeth Marshall Thomas accompanied three anthropological expeditions to Africa and lived among the Dodoth. She displays a remarkable ability to communicate with the tribespeople and describe their lives and customs. Read Less

A History of London Life

Tamed and Untamed: Close Encounters of the Animal Kind

The Hidden Life of Dogs