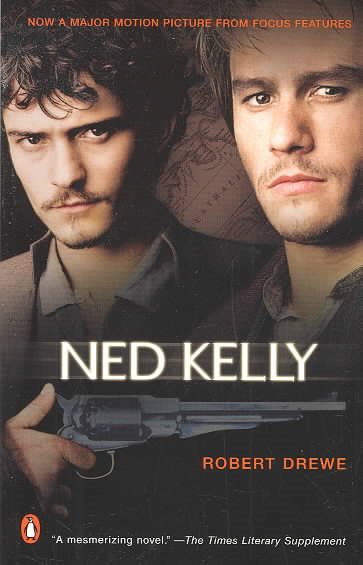 An action-packed historical novel about the legendary Australian gunfighter Ned Kelly follows the notorious outlaw and his gang of "bushrangers" on their violent rampage through the wilderness of Australia. Original. (A Universal Pictures and Working Title Films production, releasing Fall 2003, starring Heath Ledger, Rachel Griffiths, Orlando Bloom, Geoffrey Rush, and Naomi Watts) (Historical Fiction) Read More
The first novel written about the bushcountry gunslinger who was both the national hero and devil incarnate of Australia, Ned Kelly imagines the inner life of a figure described by historian Manning Clark as "a wild ass of a man, snarling, roaring and frothing like a ferocious beast when the tamer entered the cage." Written with brilliant clarity and impressionistic economy, Ned Kelly follows Kelly and his outlaw gang of "bushrangers" through the wild land of Australia as they declare war on the police, the bankers, the squatters, the teachers, the preachers, the railway, and the electric telegraph-carrying readers into a dream world of astonishing and violent revelation. Read Less

The Shark Net: Memories and Murder