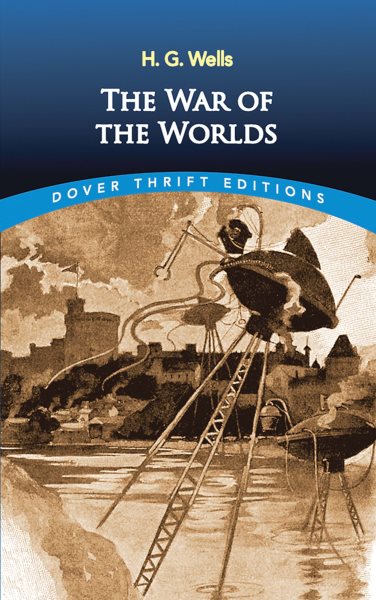 An English astronomer, in company with an artilleryman, a country curate, and others struggle to survive the invasion of Earth by Martians in 1894 Read More
One of the most famous science-fiction stories ever written, The War of the Worlds helped launch the entire genre by exploiting the concept of interplanetary travel. First published in 1898, the novel terrified readers of the Victorian era with its account of an invasion of hostile creatures from Mars who moved across the English landscape in bizarre metal transports, using deadly heat rays to destroy buildings and annihilate all life in their path. Its power to stir the imagination was made abundantly clear when Orson Welles adapted the story for a radio drama on Halloween night in 1938 and created a national panic. Despite readers' increasing sophistication about space travel and interplanetary invaders, The War of the Worlds remains a riveting reading experience. Its narrative energy, intensity, and striking originality remain undiminished, ready to thrill a new generation of readers with old-fashioned storytelling power. Read Less

Goodreads reviews for The War of the Worlds (Dover Thrift Editions)