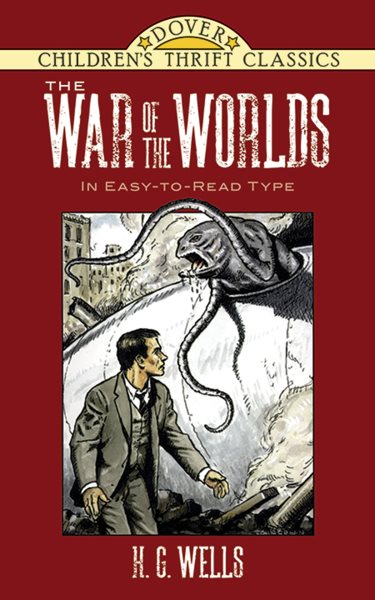 As life on Mars becomes impossible, Martians and their terrifying machines invade the earth. Read More
When four Martian spaceships land in England, masses of people flee the cities, driven by an overwhelming fear of the alien creatures with their devastating weapons of death and destruction. Excellently adapted by Bob Blaisdell for youngsters, this easy-to-read version of the 19th-century, science-fiction classic is enhanced with 6 original illustrations by John Green. Abridged. Read Less