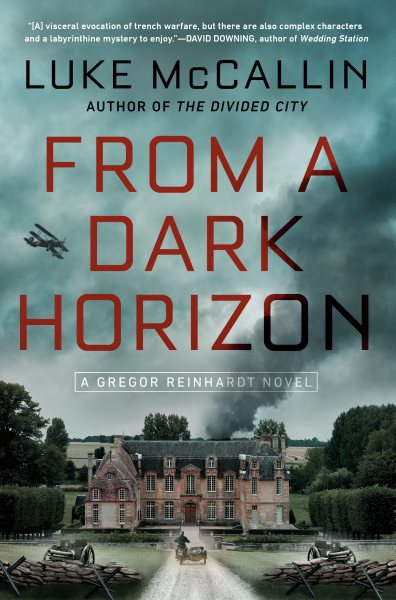 Lieutenant Gregor Reinhardt searches for a killer after a bomb explodes at a secret location during a top brass military meeting near the end of the Great War, in the fourth novel of the series following The Ashes of Berlin. Read More
In the waning days of World War I, a horrific crime behind the lines sends Lieutenant Gregor Reinhardt on a search for a killer in this electrifying thriller from the author of The Man from Berlin. It's the final days of the Great War and four years of grinding conflict has warped more than one man's mind. When a secret meeting of top brass is called, someone sets off a bomb that kills all the attendees. It looks for sure that one of the men in Gregor Reinhardt's company is the culprit. But since that man killed himself, the General is looking for someone else to share the blame. Reinhardt must prove his trooper innocent if he hopes to avoid the fate of a co-conspirator.The search for answers leads Reinhardt deep into a potential conspiracy populated by mutinous soldiers, a mysterious Russian nobleman, and a pair of doctors who may be doing more than treating battlefield injuries. The trenches are home to any number of horrors, but what if the greatest danger is right next to you? Read Less

Goodreads reviews for From a Dark Horizon (A Gregor Reinhardt Novel)

The Man From Berlin: A Gregor Reinhardt Novel

By David Kelley, Fred. K. Maus and Chas. B. Kelley