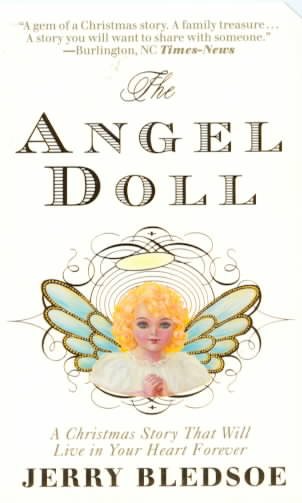 In a novel set in a 1950s North Carolina town, two boys learn the true meaning of the season when scour the town searching for a doll for a polio-stricken sister. Reprint. Read More
If even a small part of a child still lives within your heart, you can't help but be captivated by this deeply moving novella based on bestselling author Jerry Bledsoe's childhood memories.Set in a North Carolina manufacturing town during the 1950s, it is the poignant story of two ten-year-old boys and their search for an angel doll, a search that turned into a lesson of love.Every day Whitey Black reads The Littlest Angel to his sister Sandy, a four-year-old stricken with polio. Now she wants just one thing for Christmas: an angel doll. Unfortunately, in this small North Carolina town, no one has ever heard of such a thing. Nevertheless, Whitey Black and his best friend set out to find her one, at great cost and for even greater reward. Along the way they learn much about sadness and heartbreak, but most important, they learn about the transformative power of love.The Angel Doll is about childhood reaching out in later life and grabbing hold-never to be forgotten or remembered exactly as it was. Timeless and touching, The Angel Doll is sure to become a family favorite and a tradition for years to come. Read Less

Goodreads reviews for The Angel Doll: A Christmas Story

Death by Journalism: One Teacher's Fateful Encounter With Po...