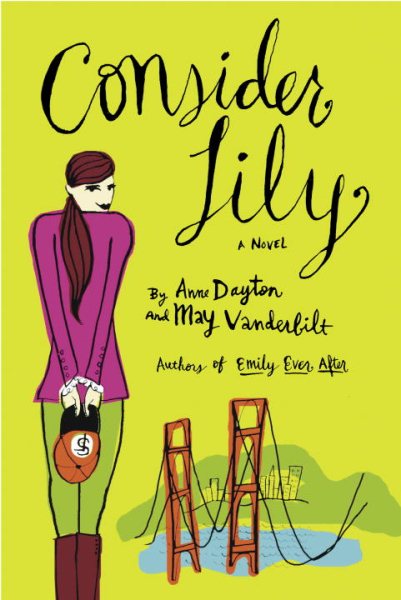 Determined to make her own way in life despite her powerful parents, Lily Traywick get a makeover and pursues a life of high fashion, a writing career, and dates with a "perfect" guy, but begins to feel that something is missing. Read More
A tale of love, trials, and faith set against a wonderfully drawn portrait of San Francisco,Consider Lily is chick lit with a heart.Lily Traywick thinks she must have been adopted. It’s easier than believing she’s actually related to Jane and Roland Traywick, her power-couple parents who own Traywick’s of San Francisco, the most chichi department store on the West Coast. While her parents party with Muccia in Milan and Gabbana in Paris, Lily hangs out at home in ratty jeans and an old T-shirt. She loves softball, guys, and Jesus, and she’s eager to make her own way in the world. Feeling that her life is on hold, she turns to her best friend Reagan Axness. Reagan, a fashionista who has it all, offers just the solution: a major life makeover.Lily is soon dressing in the latest must-have fashions and pursuing a writing career. She’s even dating the “perfect” guy. But does he love her for who she really is? And will he be able to resist the tempting seductress who has her eye on him? As Lily’s old friends question her new way of life, and public scandal, family drama, and technological disasters add to her confusion, Lily is forced to consider whether her quest to have it all will cause her to lose everything that matters.Hot off their debut success, Emily Ever After, “good-girl” chick-lit trailblazers Dayton and Vanderbilt return with a witty, refreshingly real story of a young woman’s adventures in the high-powered world of San Francisco high fashion. Read Less

The Book of Jane

Emily Ever After: A Novel